Emmanuel Nganou Djoumessi is the current Minister of Public Works in the Republic of Cameroon. He took over the office in 2015. Before then, he was serving as the Minister of the Economy, Planning and Regional Development. He was born on the 5th of November, 1957 in Bamesso , Bamboutos Division of  the West Region, is married and a father of four children.

He attended his primary and secondary education in Nkongsamba and Douala; (Ecole Saint Michel de Nkongsamba (Primary), Sainte Jeanne D’Arc College (Nkongsamba) and Abbé de Julio Institute (Douala). He then went in for a degree in Law in the University of Yaounde I which he obtained in 1982 and then a diploma of the National School of Administration and Magistracy (ENAM) in 1983. He is also a holder of a DEA from the University of Nantes.

He had served as the Inspector General of State, worked in the Ministry of Civil Service and Administrative Reform, Head of department for Higher Education. From the 11th of September, 1985 to the 2nd of January 1990, he was the first prefectural assistant of Meme Division. 18th January 1990 to the 17th of April 1993, he was serving as the sub-prefect of Ngoulmakong. He served as the Secretary General of the Western Province from the 16th of May to the 5th of October 1995. From October 19 that year to September 2 1998, He was the Prefect of the Menoua Division. October 11, 1998 to Marchh 18, 2000 – Prefect of the Kung-Khi Division. March 18, 2000 to December 09, 2011 the Deputy Secretary General of the Prime Minister’s Services.

He entered Ministerial duties on the 9th of December 2011 where he served as the Minister of the Economy, Planning and Regional Development (MINEPAT) till October 02, 2015. Since then, he has been serving as the Minister of Public Works (MINTP)

When he took over, he had as initial task to revive major road construction projects that had been halted like the Yaounde- Douala Highway. He also had the task of address the issue of compensation to individuals affected by the road projects in the country which was a problem. With the experience he had gathered from being the Senior Divisional Officer of some Divisions in the country, he is expected to take the job to the field. This he delivered with signing of major financing contracts at sites such as the signing of the financing contract in Kumba for the Kumba-Mamfe road instead of Yaounde.

One of the major task the minister has had to deliver is making the country ready to host the CHAN and AFCON competitions. Many doubt his success in this light as Cameroon lost the hosting rights of the last AFCON to Egypt. They are now expected to host the next session of the AFCON and many are still concerned about the road network in the country even after successfully hosting of the CHAN 2021.

There are reports that suggests that the MINTP boss has been summoned by the Special Criminal Court over a number of cases against him. The Supreme State Control is also reported to have carried out contract control mission “in a context where several projects are not yet completed, budgets are exhausted and several fees are charged for retro-commissions”

Road and major infrastructural projects in the country have been known to be very expensive and hardly obey their timelines. An example is the Yaounde-Douala highway that started in 2014 and was supposed to run for two (02) years.

READ:  The University of Bamenda

Emmanuel Nganou Djoumessi who had been noted to always pay a lot of attention to his physical appearance during his outings isn’t presenting the best balance sheet as expected by the Cameroonian People, and more is expected from him in the future. 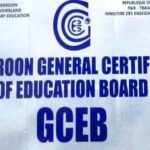